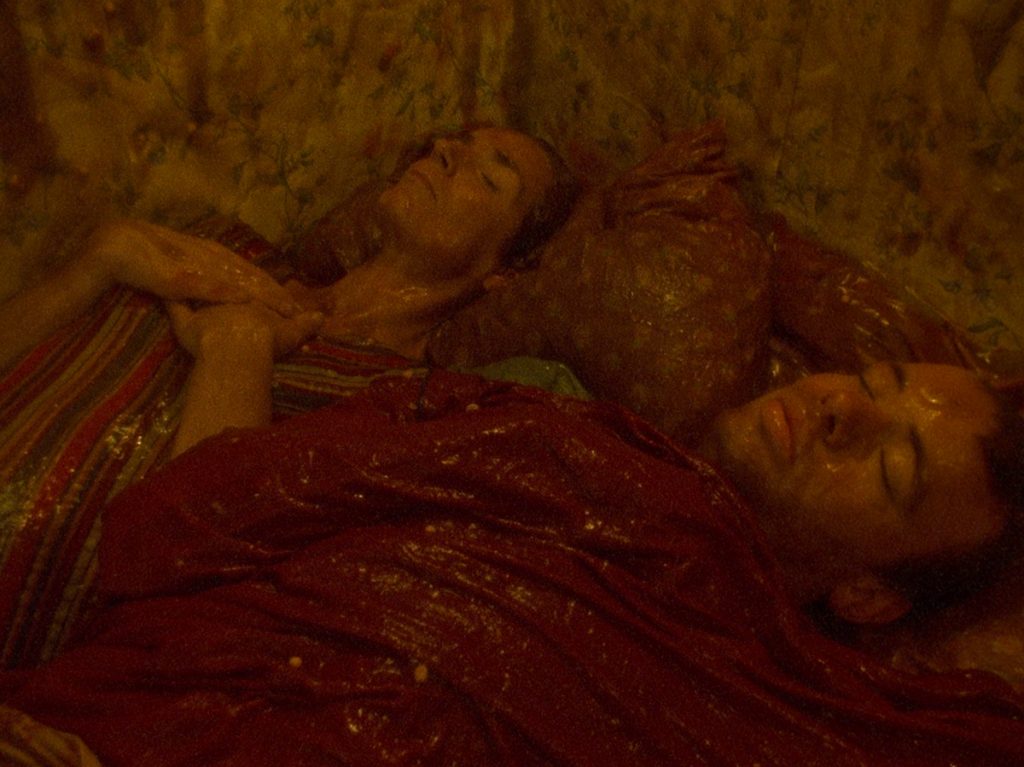 In this film, a building is so affected by the atmosphere produced by its occupants that it becomes allergic and deeply sick. Psychic upheaval causes the walls of the house to erupt in boils and weeping sores, its intestines to bubble, and all that was buried to rise to the surface. As so often in Jolley’s films, humanity’s amazing ability to ignore the ugly unpalatable side of existence drives the film and makes the disgusting comic.