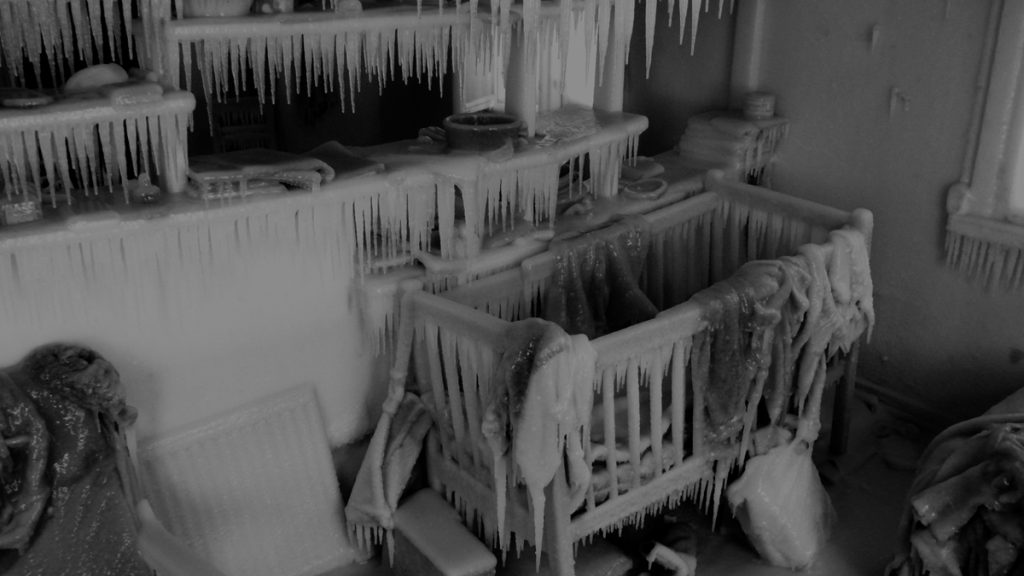 Freeze, was the last film that Jolley worked on, and its final edit was completed by his friend and long-time editor, Bobby Good. Jolley had been reading Beowulf, a treasure-hoard from a civilization that had once been heroic and vital but is now as lost as the haunted rooms and buildings of this film. Freeze has the winds of desolation blowing through it. Is it a record of one of the great social experiments of the 20th century or a prediction of the doom that awaits all civilisations? As with all Jolley’s work, it is hard to know.